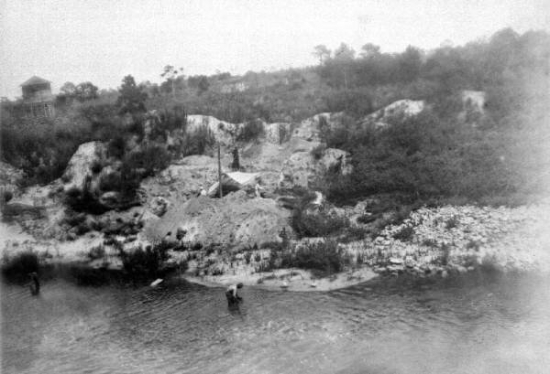 Vero Beach is located in India River County in Florida State. It has a population of 15.220 and a population density of 440 people per square kilometer, according to the 2010 census.

As soon as you arrive at Vero Beach, you will understand why it is considered to be one of the most beautiful beach destinations in the United States. The Indian River County is surrounded by tranquil blue and green color waters of the Atlantic Ocean and the Indian River Lagoon. Just forget all your of your concerns and get lost within the charm of this beautiful city. It is a destination on which the visitors can enjoy the charm of a small town, but with world class services, without any high skyscraper or anything like that that can affect the marvelous views. Visitors at Vero Beach can either relax in its large picturesque beaches or practice aquatic sports just a few minutes away from the local touristic spots.

Vero Beach is a place full of rich history. There are even traces of pre Columbian settlements in the area, after the discovery of a Neolithic skull in 1915 that is believed to represent a culture from 11 to 14 thousand years ago.

The formative years of what we know today as Vero Beach began at year 1840 approximately. A flow of settlers began around that year, and by the end of the XIX Century some more neighbor communities also started to appear, like Wabasso, Sebastian, Roseland and Gifford. There are two main events that may explain why it is that the area experimented such a growth during that time frame: First, the appearance of the FEC (Florida East Coast Railroad), which provided a new way of transportation through the Indian River County. Thanks to this development, fishermen and growers of vegetables found a very fast way to ship their products to their markets in the North. The railway development also generated a lot of land development: the railroad itself had acquired all the land from the state for the construction, and started selling large parts of it to different companies that used those terrains to develop cities. The other factor that had a big impact in the area’s growth during that time period was the Drainage District’s development in 1905. These Drainage Districts was designed to drain thousands of acres of wetlands, converting these areas that used to be uninhabitable into high quality real estate.

The first industry to have a huge impact on this area was the citrus industry. The Indian River citrus quickly grew up to become the standard by which any other citrus product was to be compared with. At the time the citrus industry was reaching a new high, there were some other different industries that started to develop, such as timber and naval stores operations and the turpentine’s extraction from pine forests in the area.

In terms of urbanization, Vero Beach’s growth was extremely fast. The year on which the town was laid out is 1914, and by 1929 more than 400 miles of canals were dredged and lots of roads built.

After the WW1, Vero Beach started to experience an even faster growth. The appearance of cars resulted in the construction of highways linking the cities in the area and also different regions within the state. The development of the Riomar Country Club that a few Ohio residents decided to build thanks to the wonderful natural beauty of the area had a great significance for Vero Beach. Many beautiful vacation homes started to appear in the surroundings of the Country Club, and it established the area as a top winter resort. This resulted in the construction of hotels, other clubs, golf courses and all kinds of attractions for entertaining the winter tourists. A new movie theater was also built in 1924 to replace the older Strand: this new theater had more than six hundred seats and was considered a real highlight in terms of architecture.

It was also in the 1920s that the relationship between Vero Beach and its St. Lucie County finally came to an end after years of political differences. St Lucie County’s blue laws prohibited the sale of any kind of good during Sundays and also the showing of movies, which was too much for the city of Vero Beach to take. In 1925, Vero Beach was removed from St Lucie County and the Indian River County was born, with Vero Beach becoming the county seat.

While the early ‘20s had been the most significant years in the development of Florida, with great prosperity for nearly everyone there, the end of the decade came with some crisis, due to the appearance of couple of hurricanes (in 1926 and 1928) that devastated the area and a land market crisis. The ‘30s represented again a slow way back to prosperity for the area, with more people arriving and increasing the population of Indian River County even more.

During the ‘40s, all the attention was given to the War. The municipal airport of Vero Beach was selected as a Naval Air Station base. The years after the end of the war were an era of incredible growth for Vero Beach. The citrus market took one step further thanks to some important advances in technology. A new product that was designed for the war, frozen orange juice, became a success and caused a revolution in the citrus industry. Another highlight during this time was in 1948, when the Brooklyn Dodgers chose Vero Beach to become their spring training site. A part of the Naval Air Station was converted into a complex of practice fields and training facilities.

The ‘50s saw an increase in agricultural activity for Indian River County, which then came to an age a couple of decades later. Since then, Vero Beach kept growing and more and more tourists keep coming every year to this astonishing part of Florida State.

Vero Beach’s natural beauty has seen it all during its rich history, and the future promises to bring some more new things as well.

Check out things to do in vero beach florida.